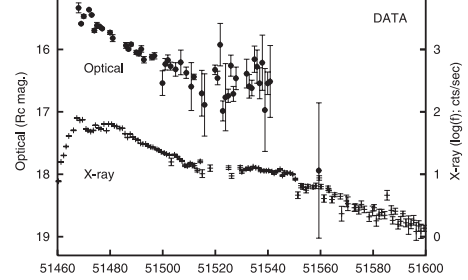 We report on our optical photometric observations of a black hole X-ray transient, XTE J1859 + 226 (= V406 Vul). We detected an optical reflare associated with an X-ray reflare about 50d after the outburst maximum. The X-ray delay of the reflare was shorter than 2.3d. We detected coherent modulations having a period of 0.38385 ± 0.00073 d. The modulation appeared within 7d after the outburst maximum. We propose two obvious interpretations for the nature of the modulations, that is, superhumps or orbital-period variations caused by an irradiated secondary star or an outer disk. The asymmetric profile of the modulations suggests the superhump scenario. The early appearance of superhumps indicates that the tidal dissipation had already grown before the reflare. The growing tidal dissipation is hence less likely to induce the reflare. In conjunction with the short X-ray delay of the reflare, the reflare may be triggered by the X-ray irradiation onto an outer cold disk. The appearance of humps may be earlier than the eccentricity growth time expected from the tidal instability model. It may imply a mass ratio larger than what could be inferred from the reported orbital period.