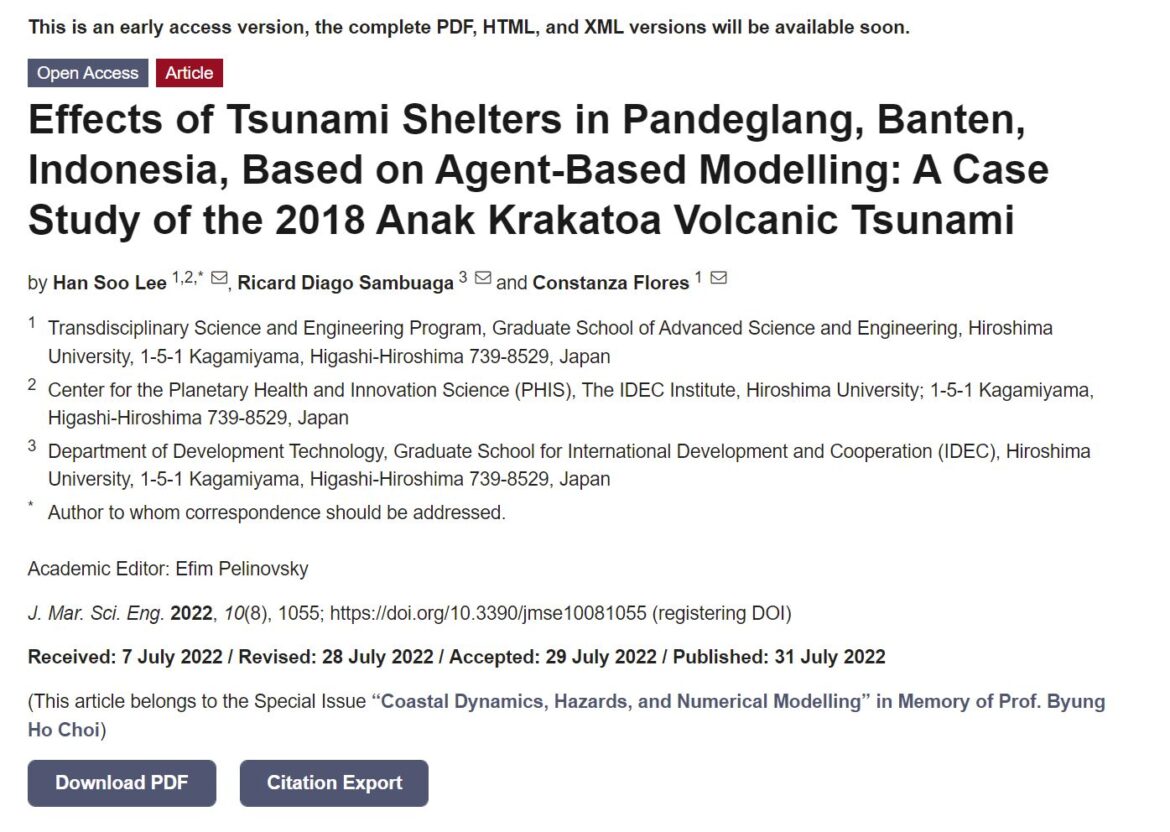 On 22 December 2018, the volcanic eruption of Anak Krakatoa in the Sunda Strait, Indonesia, triggered a tsunami causing 437 deaths. The highest death toll and the second highest number of damaged houses were recorded in Panimbang. This study proposes optimum evacuation shelters to reduce the mortality rate. A digital elevation model (DEM) and information dataset are used. The suggested horizontal evacuation shelters (HESs) are places of worship, schools, and government offices. Multimodal agent-based modelling (ABM), to analyse the sensitivity of parameters and the effect of vertical evacuation shelters (VESs) under multiple scenarios, is presented for the volcanic tsunami in December 2018. A tsunami hazard map is created by combining relative weights and parameter scores for topography, slope, and the distance from the shoreline and rivers. In the ABM results, the transportation mode choice depicts a significant decrease in the number of casualties. The mortality rate is sensitive to the milling time caused by delay time τ and agent decision-making time σ. VESs are proposed at the hot spots based on the location of deaths in the sensitivity tests and the high and very-high risk zones in the hazard map. As a result, combinations of VESs and HESs show a decrement in the number of deaths by 1.2–2 times compared to those with HESs only. The proposed VESs in the study area have a significant positive impact on decreasing the mortality rate.